For the duration of the Coronavirus situation in the UK, this website has been handed over to members of Hornsea Art Society for the purpose of displaying artwork created during 2020 and 2021.

The artwork for the MONTHLY CHALLENGE 'CREATE ARTWORK IN THE STYLE OF, OR INSPIRED BY, THE WORK OF NORMAN ACKROYD can be found on the HAS page.

For our APRIL CHALLENGE it will be in a similar vein....to create a piece of artwork 'In the style of, or inspired by the work of artist TOM WOOD'.

Below are the submissions.....a really tough challenge this one for members.

Acrylics and Charcoal on board

I had a look through Tom's work and was immediately attracted by the birds. I've actually painted the bird in my own style with a knife on top of another painting which shows through in places. Coincidentally, I'd just started reading "Raven Black" by Ann Cleeves, the first in the Shetland series. The first page alone provided me with a number of images which I have included in the background as Tom often fills his spaces with geometric shapes and symbols. The reference to Black Lives Matter is not meant to trivialise the movement in any way but rather to draw a parallel with the world of birds where ravens and the crow family in general are often persecuted.

The work of Tom Wood is very exciting. So, here is my first effort. I have another on the go as well.

This painting, inspired by Tom, is on the theme of 'Dreams' and the 'Big Hair' which seemed to have a mind of its own once I started painting. I loved the challenge. It does me good to get away from the pastels for a while. 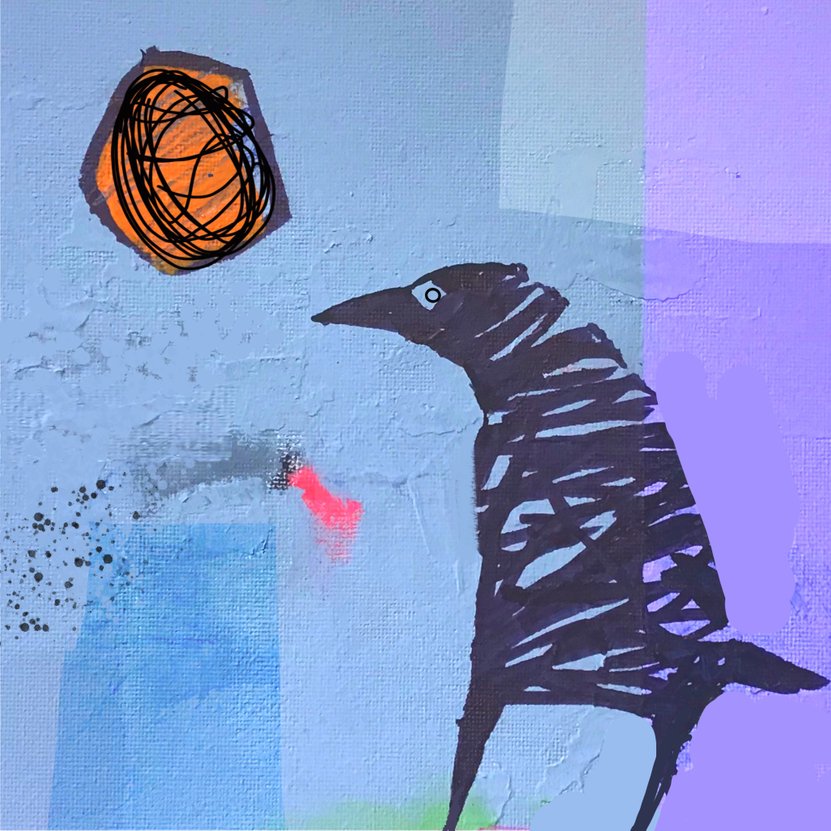 WHO YOU LOOKING AT?   by Steve Truelove

Acrylic on distressed canvas 8" x 8", then embellished in the Procreate App on the iPad.

My weak and feeble attempt at a Tom Wood inspired 'painting'.

Before we began this challenge I thought it would probably be the most difficult monthly challenge we had ever attempted. I was right. As I upload this image we are already at the 17th of the month and we still only have 3 submissions, and not the usual thirty or so. It just goes to prove how good Tom is as an artist. Mind you, he's been doing it professionally for half a century.

So how did I do it? The background is a mixture of acrylic paint and B&Q 'tester pot' paint. The bird is done with a cheap felt pen. The image was then photographed on the iPad, cropped, and imported into Procreate (a fabulous App for the iPad....costing just £9.99....a bargain). The squiggly lines were added on a separate layer, as were the splashy black dots on the left. Procreate has a massive choice of weird brushes that create some fantastic effects with very little effort.

Needless to say Tom actually paints his crows rather well......very well in fact.....but I decided to leave the felt pen as it was. So, at least now we have three submissions.....just enough for Tom to pick out a winner and two runners-up...!!!!

Inspired by the work of Tom Wood. 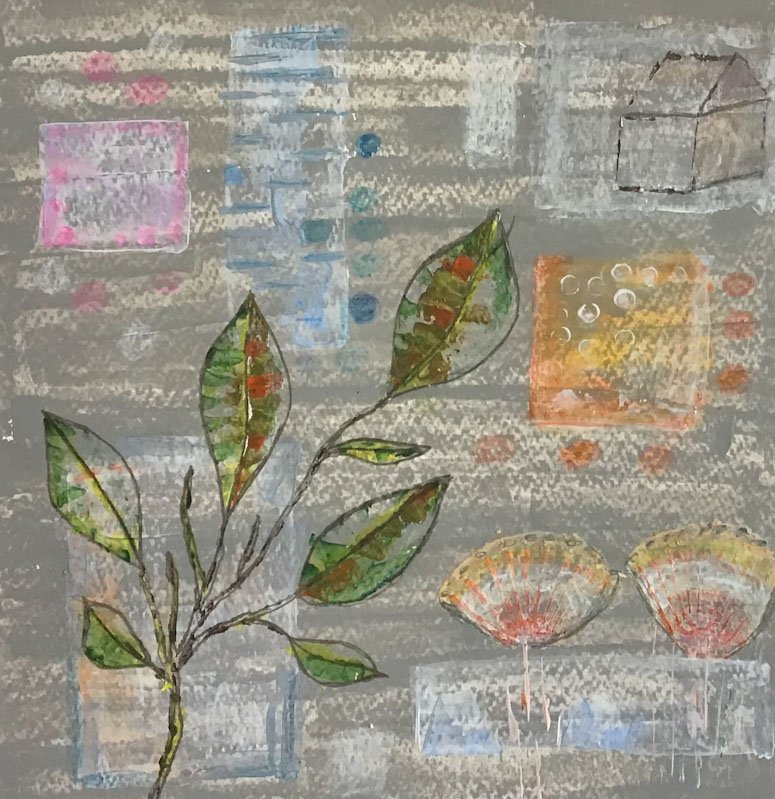 THE ALLOTMENT   by Ann Stockburn

SELF PORTRAIT   by Irene Hardy 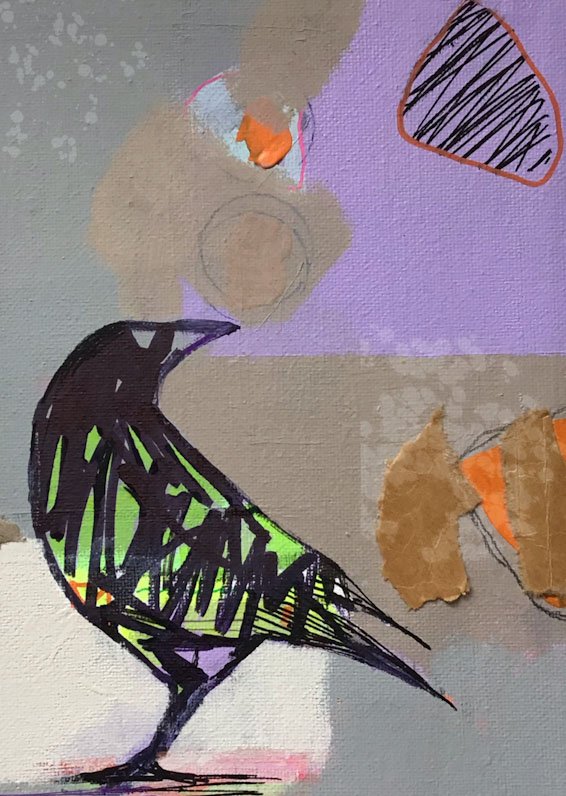 WHAT?   by Steve Truelove

Mostly done on the canvas with the addition of a couple of cardboard collaged bits. I used a stencil for the bird, scratching randomly with a cheap, large nib felt pen over a previously painted area. I liked the triangular eye shape so didn't want to change it. It was done really quickly, probably ten minutes at the most during one of our 2 hour Tuesday morning Zoom sessions. I can only paint 'fast'. If I work on something for too long, I usually lose the plot and bin it or paint over it. It probably appears as though I'm not trying and being too casual about the whole thing, but it seems it's the only way I can paint.

I then grabbed a quick photo of the canvas on the iPad and played about in the Procreate App, but in the end decided to just add the casual splashes in two small areas and faded them out. I probably could have done the splashing on the canvas itself but I do enjoy messing about with the brushes on Procreate.

NOT ALL DREAMS ARE GOLDEN   by Blanche Lee

Acrylic and oil on board.

Well now for something different. I hope it doesn't give anyone nightmares. I promise I will get away from the 'Dream' theme for the next one. I am enjoying seeing the contributions so far.